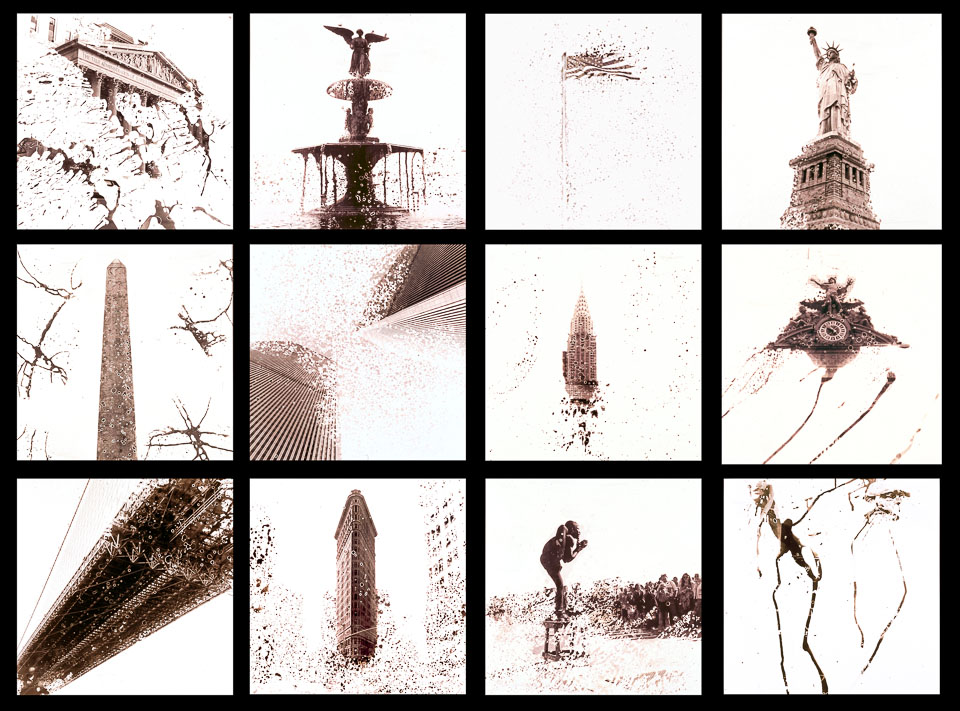 The twenty-eight photographs in the Imago Urbicum Mutavi series contain images from New York City circa 1998. Using black and white negatives, the images were altered in the printing process early in 1999. The fancy title is my attempt to make a phrase in Latin that says Altered Images from the City.

Artists are frequently asked to explain the concept of their work. Indeed, they are often given a concept and then asked to produce a work of art. It is a strange and awkward time for the artist who creates intuitively and spontaneously. Often they are unable or unwilling to explain what their creation is meant to express. 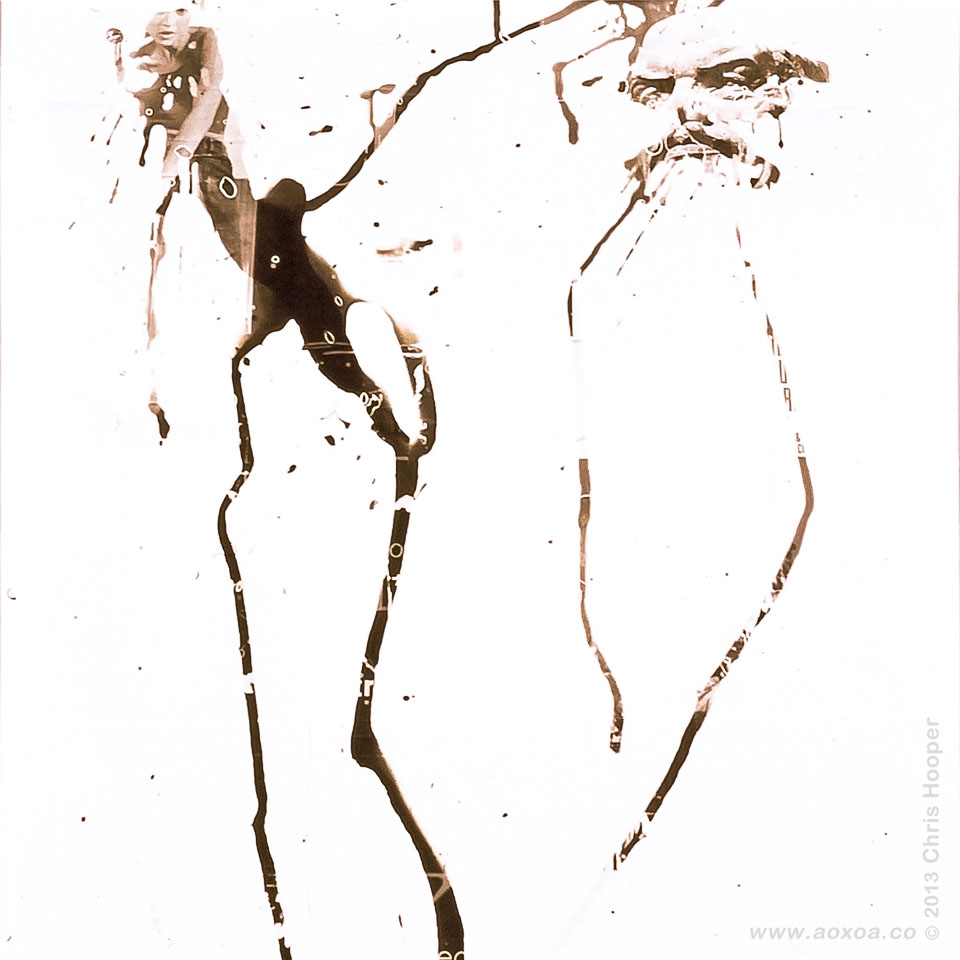 Whether it is spontaneous or conceptualized, creating art always involves the expression of ones inner most thoughts or spirit at that moment. When these works were created, several ideas and concepts entered my conscious thought.

From my point of view, the Imago Urbicum Mutavi series consist of environmental, political, prophetical, and aesthetical statements. However, placing emphasis on my concept or my interpretation of the photographs would surely prove inadequate and mislead the viewer’s own thoughts and feelings regarding the images.

It is my intent with the Imago Urbicum Mutavi series to have each viewer manifest their own ideas regarding the significance and meaning of the photographs, based on their own personal associations with the images. 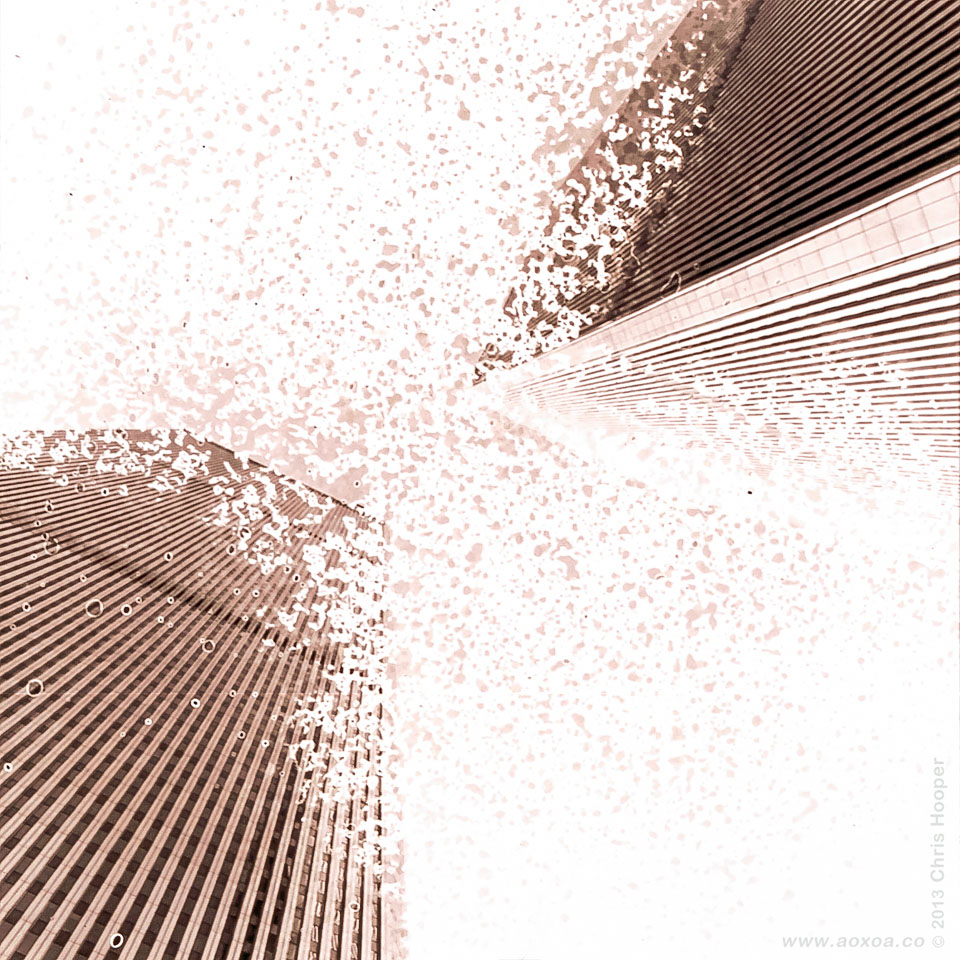 Imago Urbicum Mutavi VI (The Twin Towers in New York City). A few years after this print was made the Twin Towers were destroyed. Many viewers associate that event with this image.

One of the central forces behind this body of work was the necessity to generate a style of printing that had unusual characteristics. While splattering and painting with the developer is not new, other elements appear to be unique to this series. Before exposing the paper, I placed a glass pane above the easel and splattered drops of water on it. This created the small shapes that are outlined by a light ring.

Each print is one of a kind, requiring several printings before an acceptable one is produced. The Images are sepia and selenium toned silver gelatin prints measuring 15 inches x 15 inches. 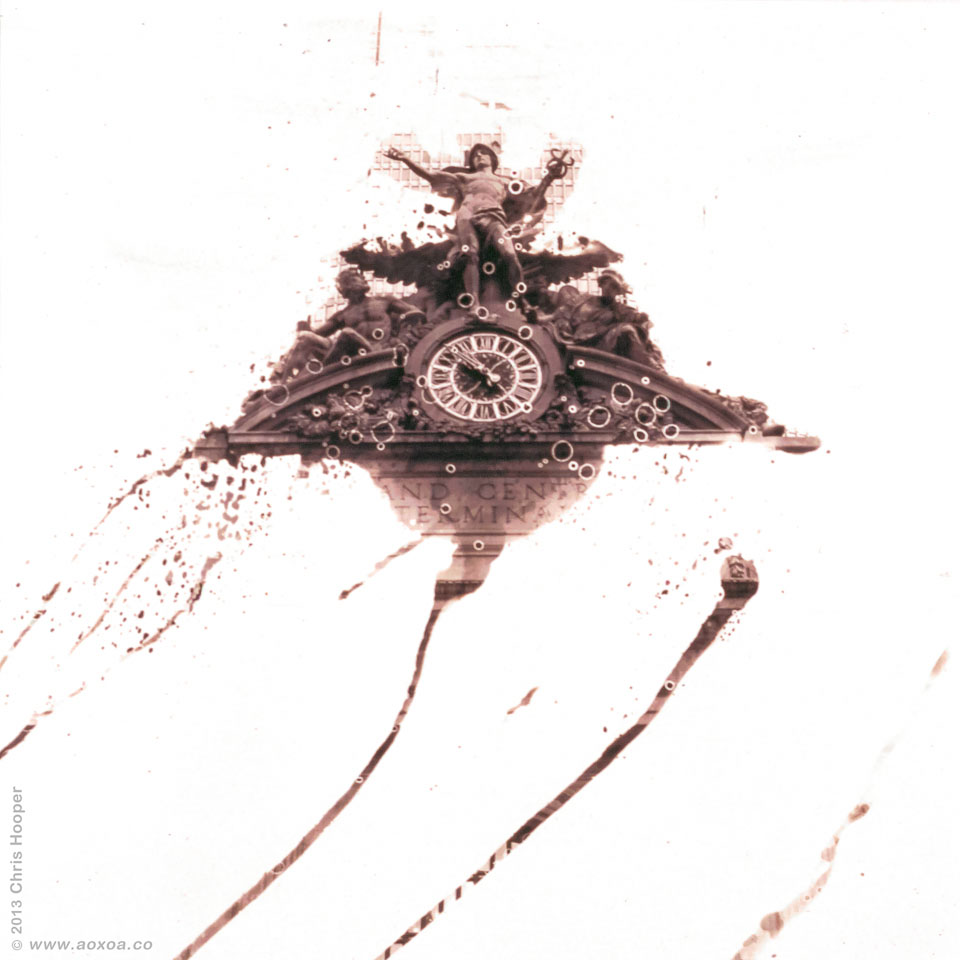 Participated in the New Directions ’99 exhibition at the Barrett Art Center in Poughkeepsie, New York. It was a national juried contemporary fine art exhibition. Two prints were selected by the juror Fiona Raghab, who at the time was the Associate Curator of the Collections and Exhibitions at the Solomon R. Guggenheim Museum in New York City. The acceptance letter from Barrett Art Center stressed that my inclusion in the exhibition was no small achievement.

Life intervened and I did not actively promote the series again until Houston’s FotoFest in 2004. There was some interest at FotoFest’s Meeting Place including a purchase of Imago Urbicum Mutavi IV (The Brooklyn Bridge) by the renowned collector James E. Maloney of Houston, TX. 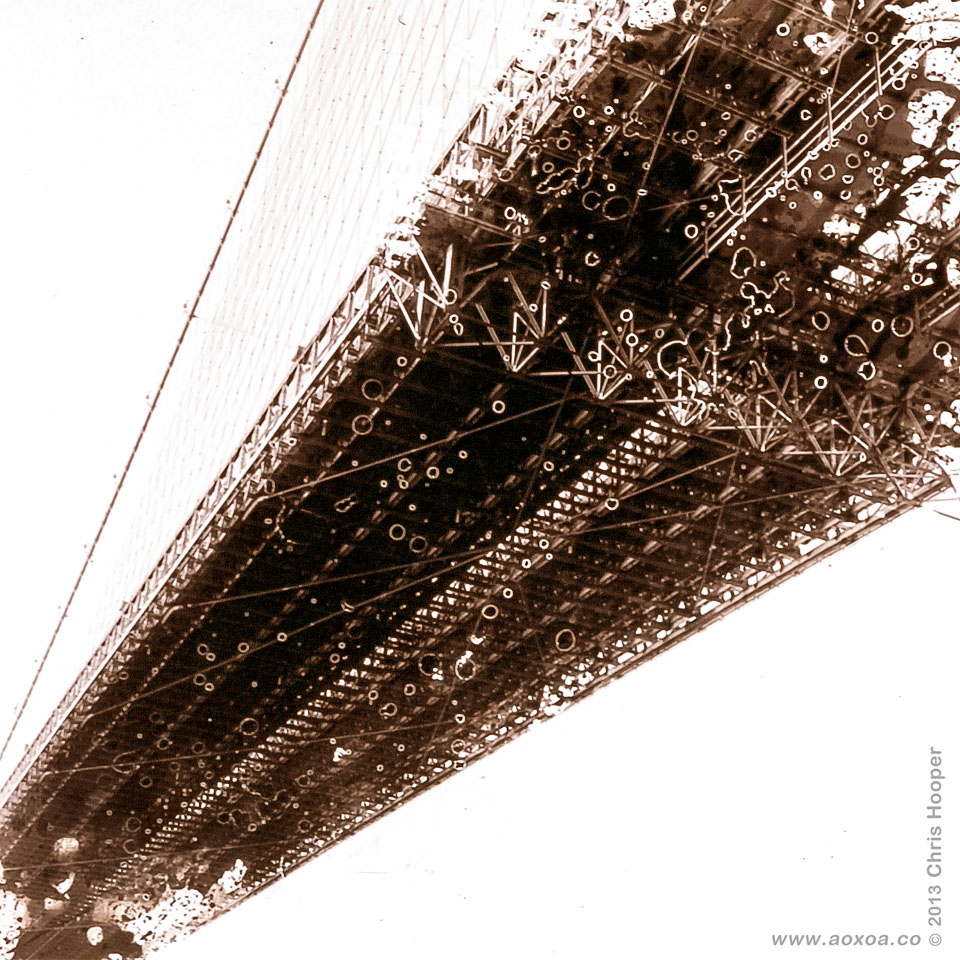 Mr. Maloney has been collecting photography since the late 1980s. His collection consists of images from as early as 1903 and continuing through the present. The collection includes American, French, Swiss, German, Czech, Hungarian and South American photographers. My inclusion into Mr. Maloney’s private collection is a tremendous accomplishment. My print sits among some of the greatest works in photography.

Again life intervened and the Imago Urbicum Mutari series did not see the light of day for 10 long years. Recently, I rediscovered some slide dups of the prints. The quality of the scans isn’t great but this created an opportunity for a new recipe in the digital darkroom.

Imago Urbicum Mutavi (Part 2) now lives. It’s still underground…promoting to galleries and private collector’s who matter in the “art world” is expensive. Instead I will rely on you to breath life into these images.