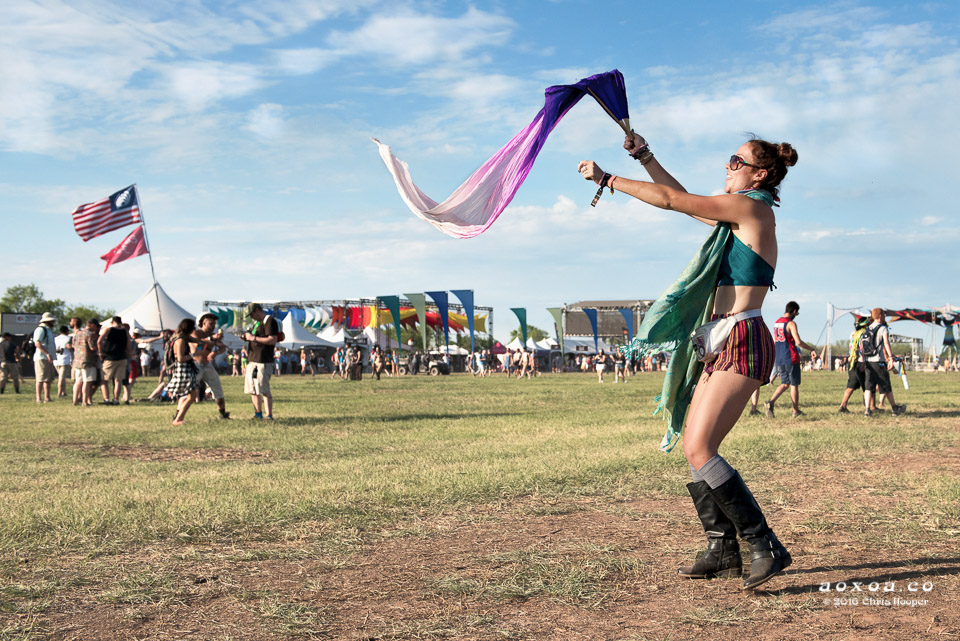 $129 Festival Passes Now On Sale; Price to Increase at Midnight on November 18th 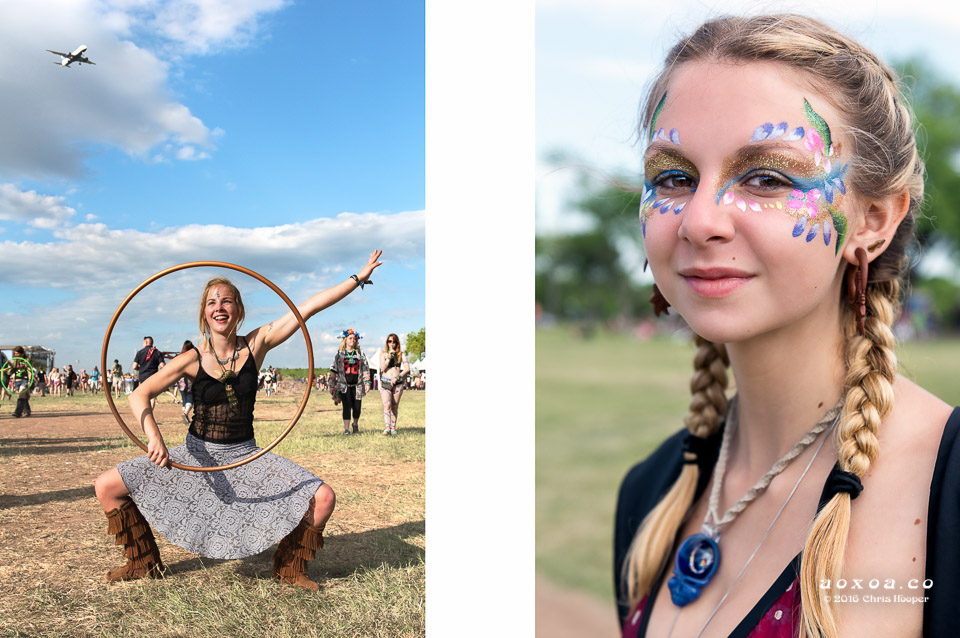 Emerging from a successful fifth anniversary, which saw the region’s largest independent music festival attract over 52,000 fans, Euphoria has released the first phase of its three phase lineup. Returning to Carson Creek Ranch in Austin, Texas on April 6 through 9, 2017, Euphoria has pulled talent from around the globe- from Stockholm to Vancouver, Atlanta to Colorado, New York to Jamaica and even Kansas to Asheville. The first round of headliners for the highly-anticipated music and camping include: 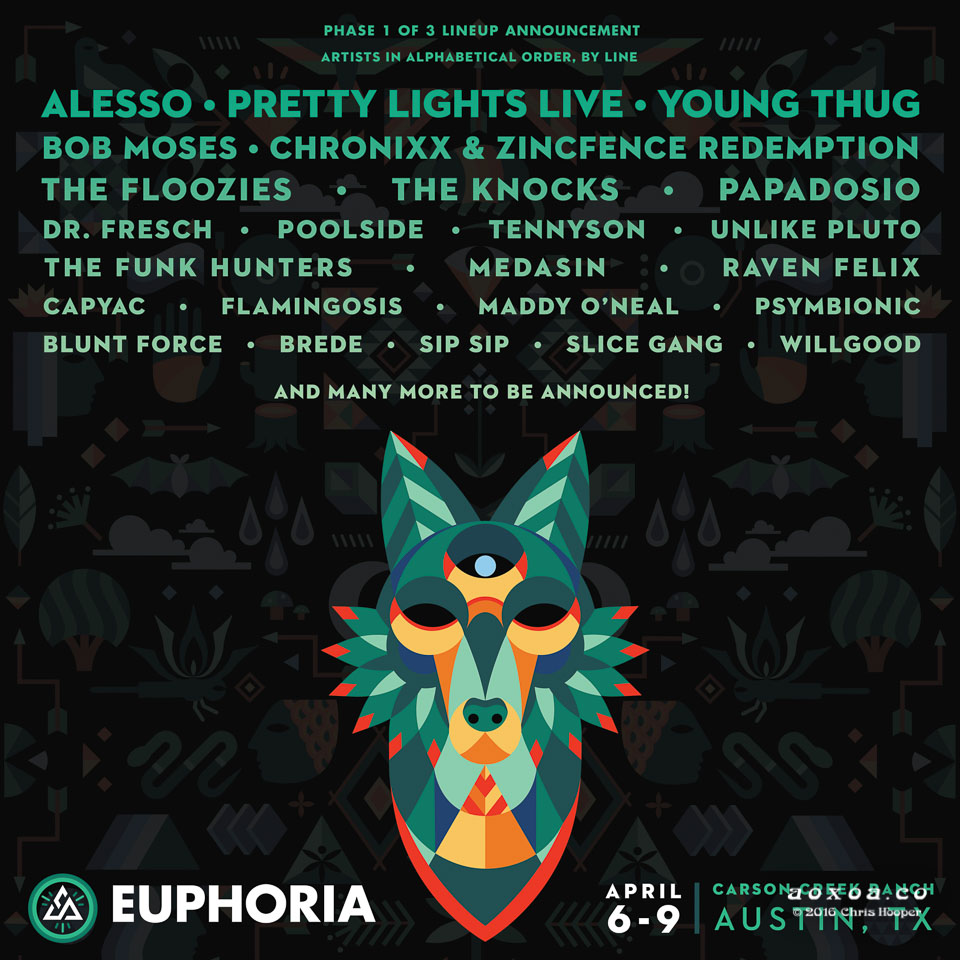 Pretty Lights Live: An oft mentioned favorite set for many Euphoria fans, the “electro hip-hop soul” innovator returns to Carson Creek with a full live band performance. With “Only Yesterday” being his only release of the year, fans are eager to hear something new from the Colorado native. 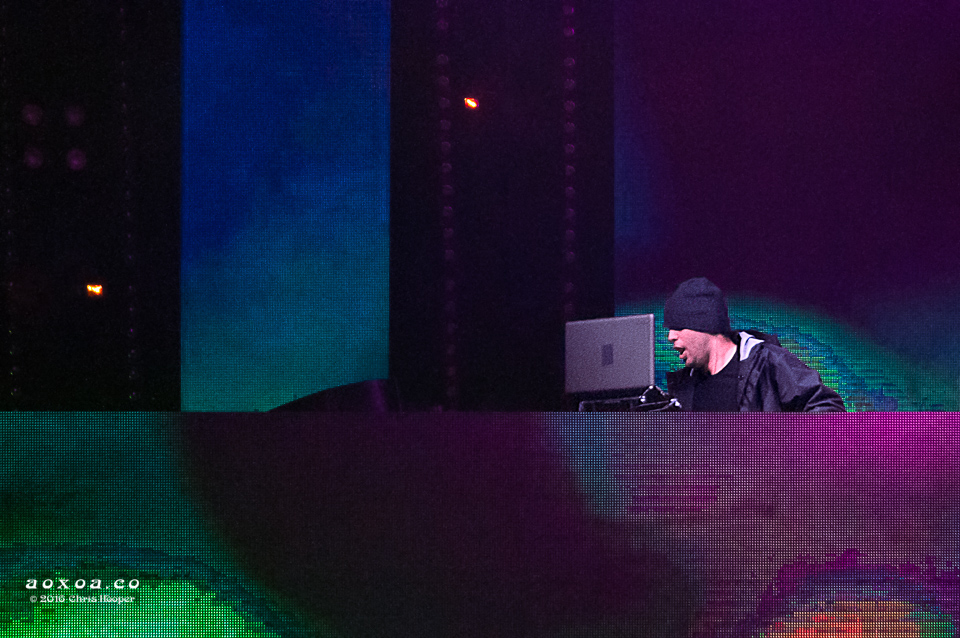 Young Thug: At one time known more for his collaborations with Waka Flocka Flame, Rich Homie Quan, Birdman, T.I. and other Southern hip-hop royalty, Young Thug is the master of the mixtape with I’m Up, Slime Season 3 and Jeffrey, all dropping in 2016.

Bob Moses: A Canadian live-electronic act named after the famous, Depression-era New York architect, the duo has been a regular fixture on the festival circuit, performing at TomorrowWorld, Ultra Music Festival, Governors Ball and now Euphoria. Their latest, Days Gone By, was recently given the remix treatment from artists like A-Trak, RAC and Joris Voorn.

Chronixx: Branded as “reggae revival” with lyrical content that revolves around anti-war and change, Chronixx’ music is a perfect for the socially conscious fans of Euphoria. His carefully assembled cast of musicians, Zincfence Redemption, will be providing backing support. “Prepare your minds and hearts for this revolution.”

The Floozies: Combing amazing electronic production and live instrumentation, The Floozies know how to throw an epic dance party. And if you can’t make it out to see them, these funk soul brothers make all of their music available for free.

The Knocks: Known as much for their own releases, as for working with such mainstream talent as Katy Perry, Ellie Goulding and Sky Ferreira, the New York-based duo has been tagged as one of the “20 hottest producers in music” by NME magazine. Their debut album, 55, came out in early 2016.

Papadosio: Papadosio is what one could easily refer to as a musical chameleon, bouncing between the outer reaches of rock, jazz and electronic, but always somehow remaining familiar. The band is currently touring behind their Pattern Integrities EP. 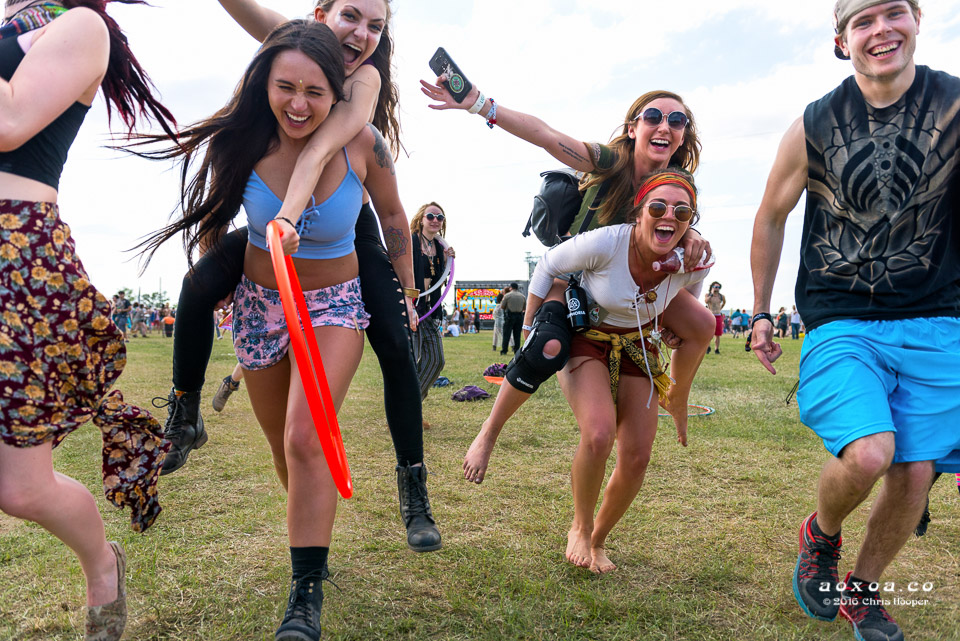 “Operating as an independent festival has allowed us to focus on building community and unique experiences,” says festival producer Mitch Morales. “Our diverse roster of artists, new initiatives with Ecophoria, and commitment as Austin natives underscore that.”

Conveniently located just minutes from Downtown Austin, the multi-stage music and camping festival will return to Carson Creek Ranch on the banks of the Colorado River and offer world-class visuals, unique stage designs, artist workshops, interactive experiential installations, enhanced camping options and much more. In addition to the previously announced camping enhancements, direct shuttle service and added greening initiatives deemed “Ecophoria”- the festival will also be offering wedding ceremonies.  Tapping into the power of music and community to evoke emotions and forge connections, Euphoria is creating a beautiful space for couple to celebrate their union. Full details can be found at www.euphoriafest.com/weddings. 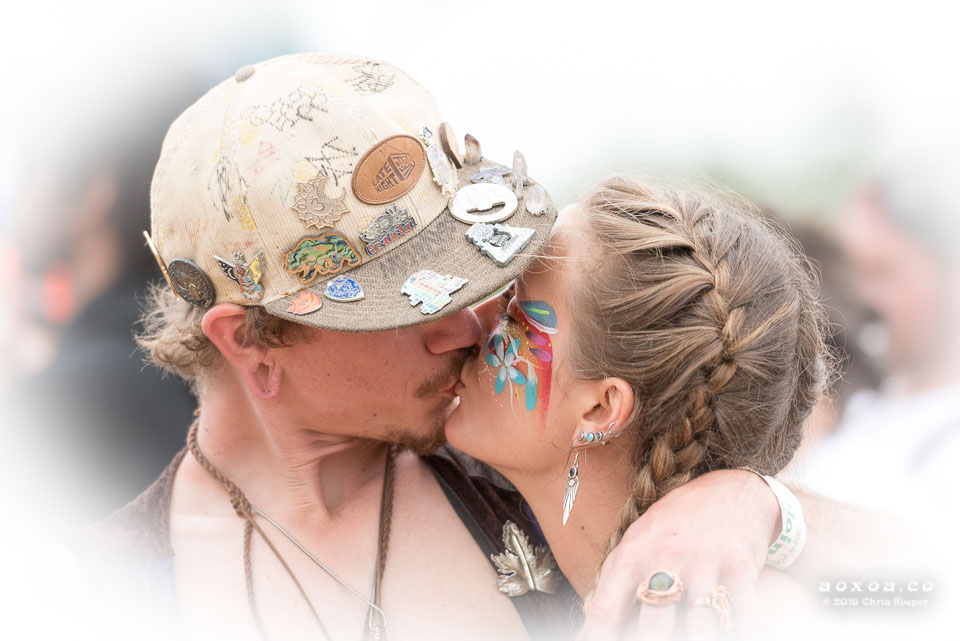 General Admission passes are available now for $129, plus fees for a 3-Day festival pass and $219 for a 3-day festival pass with camping. 3-Day “Fly Life” VIP packages with preferred viewing areas, private bars, VIP restrooms and showers, concierge service, luggage drop off, and express entrance are available starting at $239 (without camping) and $369 with camping. The Early Entry pass, which allows Wednesday access for up to 2500 fans is available for $30. Pricing on all levels of ticketing is frozen, until midnight on November 18, 2016. Euphoria will be continuing its partnership with Affirm, offering clear, simple financing to split Eventbrite orders into 3 or 6 monthly payments. This offers patrons the most flexible option yet for affording festival passes. Tickets are available online at www.euphoriafest.com. Euphoria is an ages 18 and over event.